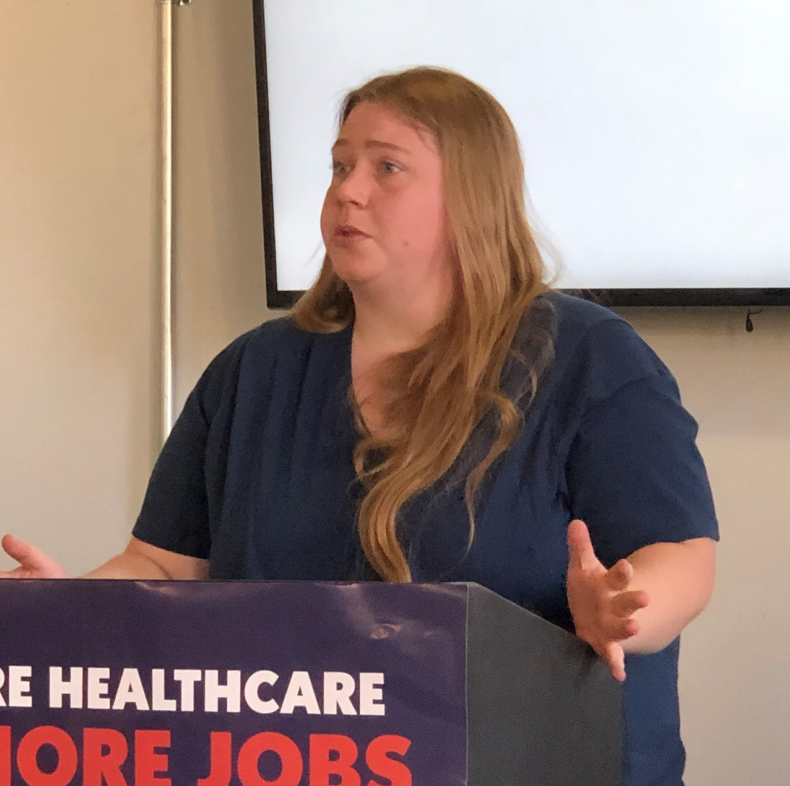 “I’d love to see legislators live off what we make. If they had to live off of my income, I guarantee the laws would look different...These policies are pushing us deeper into poverty.”

Autumn is a 31-year-old Springfield resident with a seven-year-old daughter who was dropped from Medicaid unexpectedly. Her daughter suffers from severe migraines which require frequent visits to doctors' offices. Autumn has taken her daughter to an allergist, a cardiologist, and a neurologist, and they have still not discovered the root of her migraines. The stress of her daughter’s ailment was significantly alleviated by Medicaid until her daughter was suddenly dropped from the program. When Autumn inquired, she was told that she had not turned in her Medicaid renewal paperwork in time, which she knew to be false information. After two weeks of fighting, Autumn was able to re-enroll her daughter on Medicaid.

While relieved that her daughter is now covered again, she herself remains uninsured. Autumn was previously on Medicaid but was kicked off for making too much money from her part-time job - $8,000 a year. She applied for Marketplace insurance but her income is too low to qualify for discounts, and the full cost would have been $600 per month - nearly her entire income. Autumn has been uninsured for about three years now and has a list of treatments and care she needs to receive, but can't due to lack of access. If she had care, Autumn would seek out birth control options for herself, maintain regular visits for her dental and vision care, and check on her heart health as her family has a genetic condition that needs monitoring.

Autumn is frustrated that legislators expect people in her situation to afford health care coverage costs on their own. As she states, “I’d love to see legislators live off what we make. If they had to live off of my income, I guarantee the laws would look different.” She continues, “There are all these random qualifications to get help. We just can’t do it. They’re punishing us even though we are trying. Rent alone takes all my money and I still have to eat and feed my kid. These policies restricting Medicaid and kicking people off are pushing us deeper into poverty.”

After Expansion passed in August, Autumn said, “I am really excited! I’m thinking of all the people that need this right now, I’m one of them. When I am able to get coverage, I will be able to get surgery, take care of my heart and just keep my own health up so I can take better care of my daughter.”