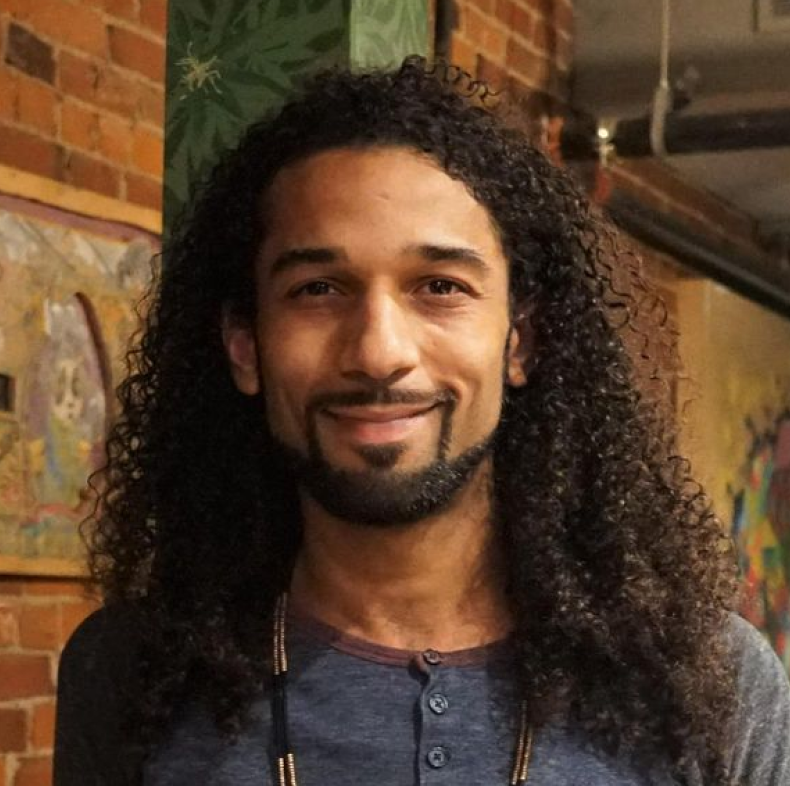 “That let me know there’s not a moment to spare because this could be the make it or break it in someone’s life.”

Brennan is a South St. Louis resident, entrepreneur, and elected member of the community improvement district in his neighborhood. His entrepreneurial spirit and care for the wellbeing of others brought him into Missouri’s young medical cannabis industry. “I worked to get legalization on the ballot in Missouri. As I started my journey with that activism, I was getting testimonies from folks who were having life-changing effects from using cannabis as medicine – parents with Crohn’s who couldn’t hold their children, people suffering from tremors and shakes, children who were having multiple seizures. People were telling me the work mattered.”

Of all the stories he heard, though, it was one encounter that cemented his commitment to bringing medical marijuana to Missouri. “One day, I was up in some of the arterials of the north side of St. Louis, getting petitions signed for the cannabis campaign. I was walking the streets and came across an older Black man who was sitting on his porch. He was sitting in a rocking chair. I asked him if he knew about what Missouri was trying to do with medical cannabis and if that interested him. I went up the steps and immediately saw that he was blind. He was blind from glaucoma. He told me he wanted to sign that petition for medical marijuana. He said, ‘I smoke weed, and it helps me. But I can’t see. Sometimes I don’t know what I’m getting. Sometimes I can’t even confirm who I got it from.’  So he asked me if I could hold his hand and guide it to the place on the ballot where he could put his name, his signature, and the date. At that moment I knew very deeply that I was doing something bigger than I could absorb in one moment. That let me know there’s not a moment to spare because this could be the make it or break it in someone’s life. It validated in my heart and my spirit that this was something I was willing to put my neck out there for to be one of the first people in our state to bring these resources safely into the hands of patients.”

“In 2019, I launched the St. Louis Cannabis Club, a resource network connecting consumers to developing brands and resources for education and wellness. At the same time, I started Cola Private Lounge, the first private cannabis consumption lounge in Missouri. It’s a space for the medical cannabis community to have events, like patient-caregiver-grower meetups so consumers can have access to high-quality cannabis directly from growers. Missouri’s medical cannabis industry is in its young phases. Dispensaries are opening. People have their medical cards. But there are still people learning about safe, enjoyable consumption. That’s our business goal moving forward: to create a space and network of safe, trusted, vetted, and ethical cannabis resources and events to continue to propagate cannabis culture in all the right ways.”

As Brennan worked to launch his business, COVID-19 had other plans. “April 2020 was set to be the launch of my business platform. We had street festivals planned. It was huge. And all that was shut down. All those revenue streams were cut off. And like the rest of the world, we were forced to look at how we were going to survive. When COVID-19 hit St. Louis, I waited for the city to make the call. When they did, that was it. We shut down. Now, I run a private establishment. I could have taken my time. I could have done whatever I wanted to really. But I wanted to make that statement, especially as a patient-focused business, that we truly were in solidarity with our most vulnerable patients who couldn’t possibly be out consuming. There were people who wanted to take the risk and others who felt like they weren’t immuno-compromised, but we didn’t want that. We wanted people to know that for the people who are fearful, for the people who are concerned for their lives the most, that we are here for you and it’s worth it to us to completely shut down.”

The pandemic made Brennan step back and reevaluate his initial strategy. “Our business took a big pivot and started a subscription service to get hemp and cannabis-related products delivered to people’s doors. And because the resource network is digital, that kept me busy on the back end. We’d been working on that, trying to work out the kinks of our new plan over the summer.” But as many have experienced, the virus was infecting anyone it could reach. Brennan was no exception. “I personally caught COVID. When that happened, because my body was shutting, I wasn’t able to keep meetings, I couldn’t keep up with deadlines. The mental fog lasted longer than all of the other symptoms. That really stifled our growth, especially being a new business in a new industry.”

As COVID-19 stifled the progress of his new business, its greatest attack played out on his body. “I had really low energy. My nose was starting to run like I had allergies. And over the course of that week, it was a mixed bag of symptoms – like coming down a plinko machine. For two days, I had such bad low back and guttural pain that I was stuck bent over and couldn’t stand up. Taste and smell went away, and it’s creepy how sterile it is. Your nose can be completely open, you take a big, deep breath, and there’s just nothing there.”

But as these symptoms went away and it seemed as if Brennan was recovering, new symptoms emerged. “I started getting this jolting nerve pain that was shooting into my hands and feet and the creases of my elbows and knees. It’s like it was on a buzzer – it would hit me so bad, I would drop my phone. So for two weeks after that – and after two negative test results –  I was still debilitated enough that it made it hard to progress and move forward with my business. I was impacted professionally the entire time. All sources of revenue were compromised. And there was the fear of, ‘Is this going to go away?’ These new symptoms came in as everything else was going, so does that mean they’re here to stay? ‘Is this the new normal for me?’ It was concerning. It’s all but gone now. I get small bits of pain that surge every once and a while, but it’s nothing like it was before. And I am having a recurrence of the low back and guttural pain from the beginning. I’m confident it will get better, but, in the end, it’s had a long-term effect on me.”

It’s not lost on Brennan the impact of politics on the handling of the pandemic. “Missouri could be doing and could have done more. There are some states doing better than us that we can learn from, and there are some states doing worse than us that we could learn from. But I can’t hold Missouri completely accountable because it is a microcosm of what has been happening on a federal level. This has become a political issue, and that has veiled the state from making important decisions because those decisions are manipulated by politics.”

As he reflected, two somber sentences summed up his feelings about the federal and state response to COVID-19: “I’m not surprised. I wish it was better.”