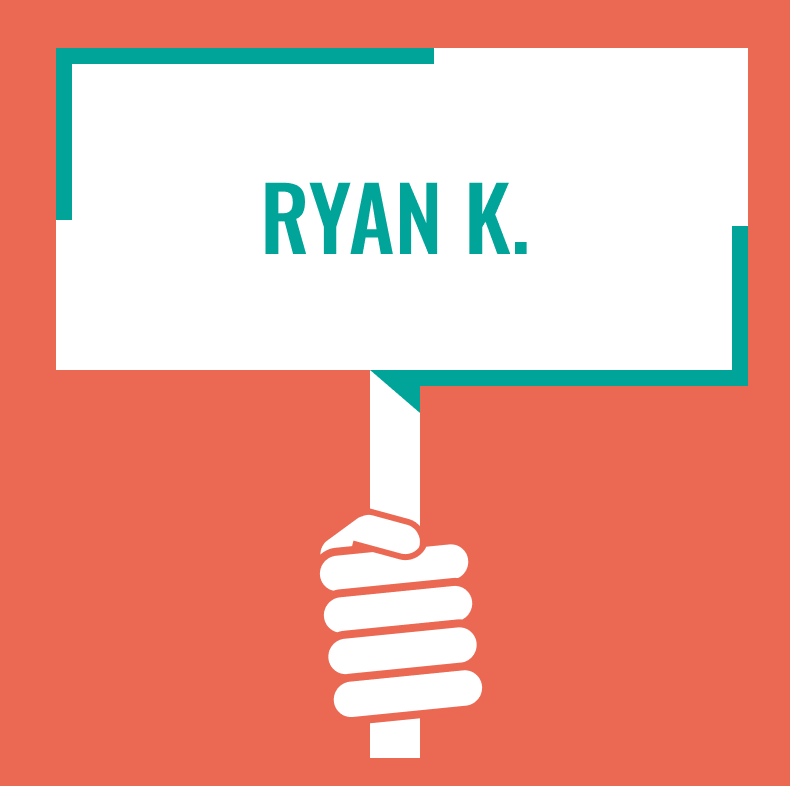 “So far, I'm skating by decently on good luck. But we all get old, and it's just a matter of time before that luck runs out.”

Ryan works as a handyman for a local property management company in Joplin. At the end of August 2020, he contracted COVID-19. Ryan started getting sick while the weather was still very hot, and since he’d been working outdoors, he attributed his symptoms of a headache and fatigue to possible dehydration or heat-sickness.

When the symptoms worsened over the next two days and he experienced dizziness and delirium that prevented him from concentrating on work, he left work early and was told to get a test. Thankfully, his job told him they would pay for his sick leave if it turned out to be COVID.

With a 102-degree fever, Ryan consulted a COVID hotline and got a drive-thru test. The next day, he got the positive test result and was told by his job to quarantine for at least 20 days.

Ryan’s symptoms worsened and remained on a roller-coaster. Starting with a fever, headache, delirium, and moderate fatigue, he later developed chills and a sensitivity to light. While the fever and headache eased up about four days in, the fatigue only got worse. Then came the cough and feeling of a heavy chest while breathing.

“That was the part that worried me, honestly,” he said. “Combined with the fatigue, that was the thing that probably would’ve sent me to the hospital if it had been a bit worse.”

The feeling of a heavy chest lasted for about another five days, but the cough, fatigue, and dizziness stuck around for about two weeks. “It just lingered.”

On top of all of this, Ryan is one of hundreds of thousands of Missourians who are uninsured. The health care offered through his work is expensive and inadequate, and to get a plan on the Healthcare Marketplace, he’d have to pay more than $15,000 per year in premiums and deductibles.

“So far, I'm skating by decently on good luck. But we all get old, and it's just a matter of time before that luck runs out.”

He and his wife just recently got married and had even talked about the possibility of a “tactical divorce” if he got sick enough to have to go to the ER or be admitted to a hospital – simply to be able to qualify for financial aid and keep their house. Ryan does not know when he’ll be able to afford adequate health insurance, and is still unsure if he’ll end up needing to pay $100 for the COVID test he received or not.

“I don't get sick. I'm pretty healthy, with no particular vices or vulnerabilities or areas of worry in my physical health. And it got me. That worries me for everyone else.”