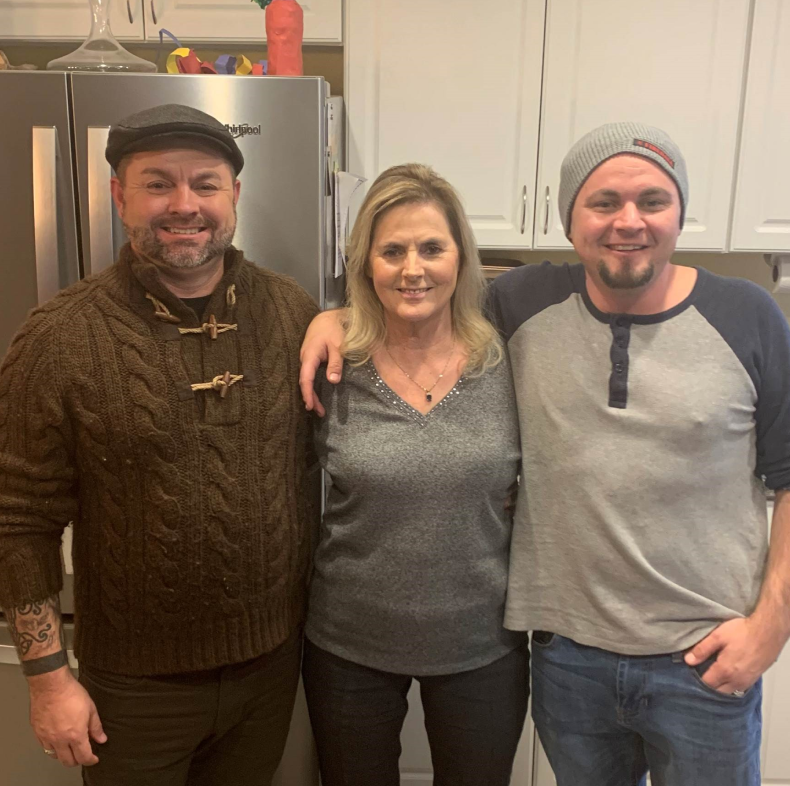 “It was a horrible feeling to know that was happening to her and to not be able to do anything about it. It is the most devastating thing to see.”

Scott works in the mental health field. He knows how to support people in grief and has experienced loss himself, but losing his mother to COVID-19 two days before Christmas was shocking and heartbreaking on a whole new level. Scott and his mother were close. They had lunch together once a week and talked on the phone most evenings. She was also close with her grandchildren and had many honorary grandchildren to whom she would send gifts and cards.

The week before Christmas, the family enjoyed their annual holiday traditions, decorating the Christmas tree and drinking wine together. Four days later, Scott’s mother was in the hospital. Scott could not be with her at the hospital due to COVID restrictions. The hospital was full so Scott’s mother had to wait in a bed in the hallway for more than 26 hours until a room was available for her. Scott shared, “It was a horrible feeling to know that was happening to her and to not be able to do anything about it. It is the most devastating thing to see. I don’t know how doctors and nurses do it.”

Every day, Scott would set up his camping chair outside his mother’s hospital room window before and after work. When he arrived, he would call the hospital staff and they would open the blinds in his mother’s room so he could see her. Until one day when he arrived and he was told his mother had coded and was on life support. The hospital staff helped Scott suit up in protective equipment so he could say goodbye to his mother. Scott shared, “My mother was a beautiful person inside and out. It was hard to see her like that.”

Scott is grateful for the nurses and doctors who took care of his mother in the hospital. He acknowledges that he doesn’t know how he could get through this time without the support from his community. One day he was brought to tears when his coworkers stood outside his house singing Christmas carols and left gifts at his front door. Scott and his brother check in with each other every day. His husband and his church community have also been sources of support. Scott notes that it has been difficult for him to help his children process their grief while he is also grieving. He is grateful for the school counselor who checks in with them every week.

It is hard for families who can’t observe traditional grieving rituals because of COVID. For Scott’s family, they couldn’t have a funeral. They hosted a visitation, but they had to monitor how many people could be in the room at one time. The family didn’t have the chance to grieve and find the closure they were hoping would come through these rituals.

For Scott, the hardest times are when he would normally be spending time with his mother. He has had to switch up those routines so he has other things going on at those times. He has to remind himself to take as much time to process as he needs. Scott likes to deal with things and move on, but he reminds himself that this is not one of those times. He had to stop looking at the COVID numbers because every time he did, he realized his mother was in those statistics.

Scott likes to remember the good parts of his mother’s life. She was an active volunteer at the foodbank and Methodist University. She had a long career as a fifth grade teacher. She enjoyed being with her family and riding motorcycles. Scott is reminded of her when her favorite song comes on the radio and every time he uses the stand mixer she purchased for him this Christmas. Scott’s mother was a giver. For Scott, it is important to do whatever he can to bring some good to others on her behalf, even through her passing. That is why he wants to share his experience with others. He is passionate about connecting others who have lost loved ones to COVID, especially those who may not have the same level of support.