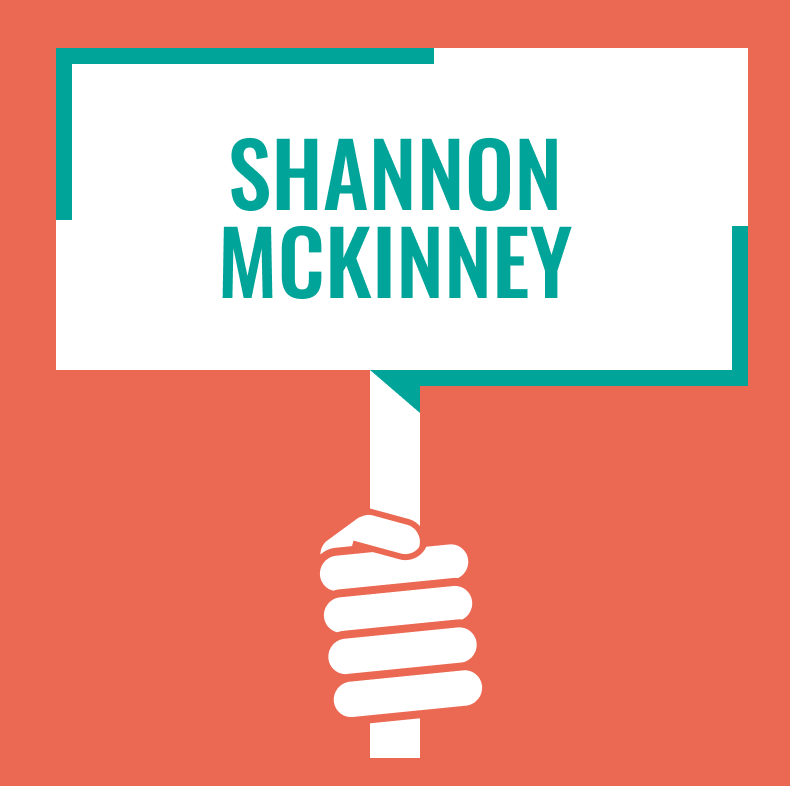 “The city council was afraid there was going to be violence if they passed the mask ordinance. So it failed. That’s what we’re dealing with down here.”

Shannon McKinney is a Joplin-based staff attorney at Legal Aid of Western Missouri, specializing in housing and consumer law. She’s been practicing law for almost two decades. In each chapter of her career, Shannon has prioritized helping people with limited means and resources. “Even before I went to law school, I worked for DFS, as it was known at that time, and I helped people with Medicaid, food stamps, and TANF. I’ve always worked with that population.” After making the career switch to practice law, she worked for herself as a private attorney for 10 years.

“It was awful being in private practice. Never knowing if you’re going to make enough money. Feeling guilty for taking people’s money. But you have to pay your bills, you have to pay yourself, and you have to get by. I ended up doing a lot of free work in private practice. I would take payments, and then people would get behind in their payments, and I didn’t have the heart to drop them. I know how expensive it is to hire a lawyer. If I had to go hire a lawyer right now, I don’t know if I could afford to do it. People go into massive debt to hire lawyers and pay tens of thousands of dollars. There’s no right to counsel in a civil lawsuit, so they’re going to go in there and get run over by an attorney simply because they don’t have the money. When this job at Legal Aid opened up I was like, ‘Yes!’ To be able to offer those services for free to people is gratifying to me.”

Since the tornado struck in 2011, Joplin has had an affordable housing crisis. “The tornado went right through a good residential area and took out a huge portion of the moderate to lower income houses. A lot of that area is still barren. A lot of what has been built is brand new, and it’s not going to be the same price to rent. There was a big corner, 20th and Connecticut, that had several apartment complexes that were reasonably priced. They were $300 to $500 a month. They rebuilt apartments there, and they’re really expensive – like $700, $800 for a one-bedroom apartment. We have quite a few properties that are federally subsidized, but there’s only so many. Even those apartments aren’t well-maintained. We have some LIHTC properties, but I have people every day say, ‘I’ve called every single one. There’s no units available.’ It’s just not a good situation. I don’t feel like we ever fully recovered from the tornado and all the housing it took out.”

COVID-19 hitting the region has only made the situation worse. “When the whole pandemic first started, I thought, ‘OK, here it comes.’ I was prepared for this big wave of housing cases. And it didn’t happen at first really. But now, a year in, it’s just built and built and built. I feel like – it’s here. The wave has come.”

Shannon is the only attorney at Legal Aid taking on housing cases, which covers six counties in the western part of the state. “I rarely see private attorneys handling these cases. I did 100 housing cases in 2019 and I did 150 housing cases in 2020. I see it only getting worse through 2021. I’ve already had probably 10 housing intakes in the last five days. People are wanting to know their rights. They’re having a hard time finding places to stay. I just hear all the time, ‘I can’t find any place to go. I don’t know what to do. There’s no place to go.’”

“We have a lot of people working in the service industry here, and they’ve lost their jobs. They haven’t paid rent for months. The landlords really want to kick them out. Things are getting like a powder keg situation, where landlords are getting creative about getting people out – which isn’t legal. It’s not legal to change the locks, it’s not legal to turn off utilities, but there’s nothing to stop them from doing it. There’s nothing to prevent them from doing it. In Missouri law, the only remedy is to go back and sue them for your damages. There’s no way to force them to turn the utilities on or force them to change the locks back. It happens all the time, not just during COVID, but it seems like a huge influx.”

“Housing affects health a lot. I have had some people tell me, ‘My landlord is evicting me, and I am under quarantine. I have contacted the health department – they’re mad. I’m not supposed to be leaving this house, but I have no choice because the sheriff is coming over here to kick me out.’ That’s why the CDC moratorium is in place. But it just covers nonpayment of rent, and there are ways of getting around that. Landlords are getting creative. They’ll just say, ‘Well, they breached their lease because they have a dog they’re not supposed to have,’ or ‘I got a noise complaint.’ You can still evict for those things. There was a woman who was living on a family property that had a few houses on it in a rural part of a county out this way. She and her kids had COVID. She got into it with her family members, who were friends with the sheriff. They didn’t even file an eviction. The sheriff just came out and said, ‘If you don’t leave, I’m going to arrest you.’ She was quarantining in place as ordered by the health department. They ran her off the property. She told them, ‘I am supposed to be sheltering in place. I am positive for COVID.’ They didn’t care.”

That lack of concern for health during the pandemic isn’t unique to one or two anecdotes – it’s a microcosm of how the area thinks and feels about COVID-19. “Here in Joplin, people are absolutely opposed to wearing masks. I saw people get into altercations with the security guards at Walmart because they refuse to wear a mask. People here just haven’t taken it seriously, and Joplin is a real hot spot because of that. You get dirty looks for wearing a mask. Down in Neosho, about 20 miles south of here, they had a city council meeting where they were trying to enact a mask ordinance. So many people showed up, and the Proud Boys showed up. From what I understand from someone who was there, it got really out of control. The city council was afraid there was going to be violence if they passed the mask ordinance. So it failed. That’s what we’re dealing with down here.”

While attitudes are slow to change, the federal government has taken some action to address COVID-related housing problems. While Shannon’s grateful for the federal funds coming to Missouri, she points out the challenges that are bound to come with the program. “It’s very complicated. I watched a webinar where they were trying to explain how people apply for it. You almost have to prove a negative, like proving that you don’t have any income because of COVID. How do you do that? They want a lot of documents. It was pretty overwhelming for me. I can’t imagine how overwhelming it’s going to be for some of my clients. There was a program under the CARES Act administered by Missouri Housing Development Commission, and it was extremely complicated. It was for rental assistance, and the landlord had to initiate it. There’s a little bit of that in the new program, the landlord and tenant needing to work together. But there’s so much animosity between the landlords and the tenants. I’m concerned that a lot of the landlords around here aren’t going to cooperate and help the tenants apply. Some tenants owe huge debts to the point that the landlords just don’t want them there anymore. They don’t care if they get the money or not. They want them out. Getting our clients’ and these landlords’ hands on the money is going to be hard, but that’s what we have to strive to do.”

These complicated, time-limited solutions we have now are not enough. Taking a step back to look at the larger housing crisis at play, Shannon pointed out a larger issue at play for our state. “We have no tenant protections in Missouri. The tenant protections that are in place are not protections – they’re remedies after all of these terrible things have happened to you and if you can afford to hire an attorney. That’s not a feasible option for any of my clients. They’re only going to be able to do it if I can do it, and I can only do it if it’s a really severe case because of the time it takes. We need real tenant protections, and we need to hold these landlords responsible. That’s my number one thing.”

With only so many solutions in sight, Shannon presses on with her work as best she can. “It’s getting somewhat depressing. There’s a certain population of people, probably of higher income, who just don’t get it. They have no idea what’s going on. I feel like everyone knows, but I don’t think that’s true. We need to get the word out to people in higher places that this is an issue that needs to be addressed. Until then, I just have to take it case by case. I guess that’s how I deal with it – doing the best I can for everybody.”